Posted by: davidkircos in life, random 6 years ago 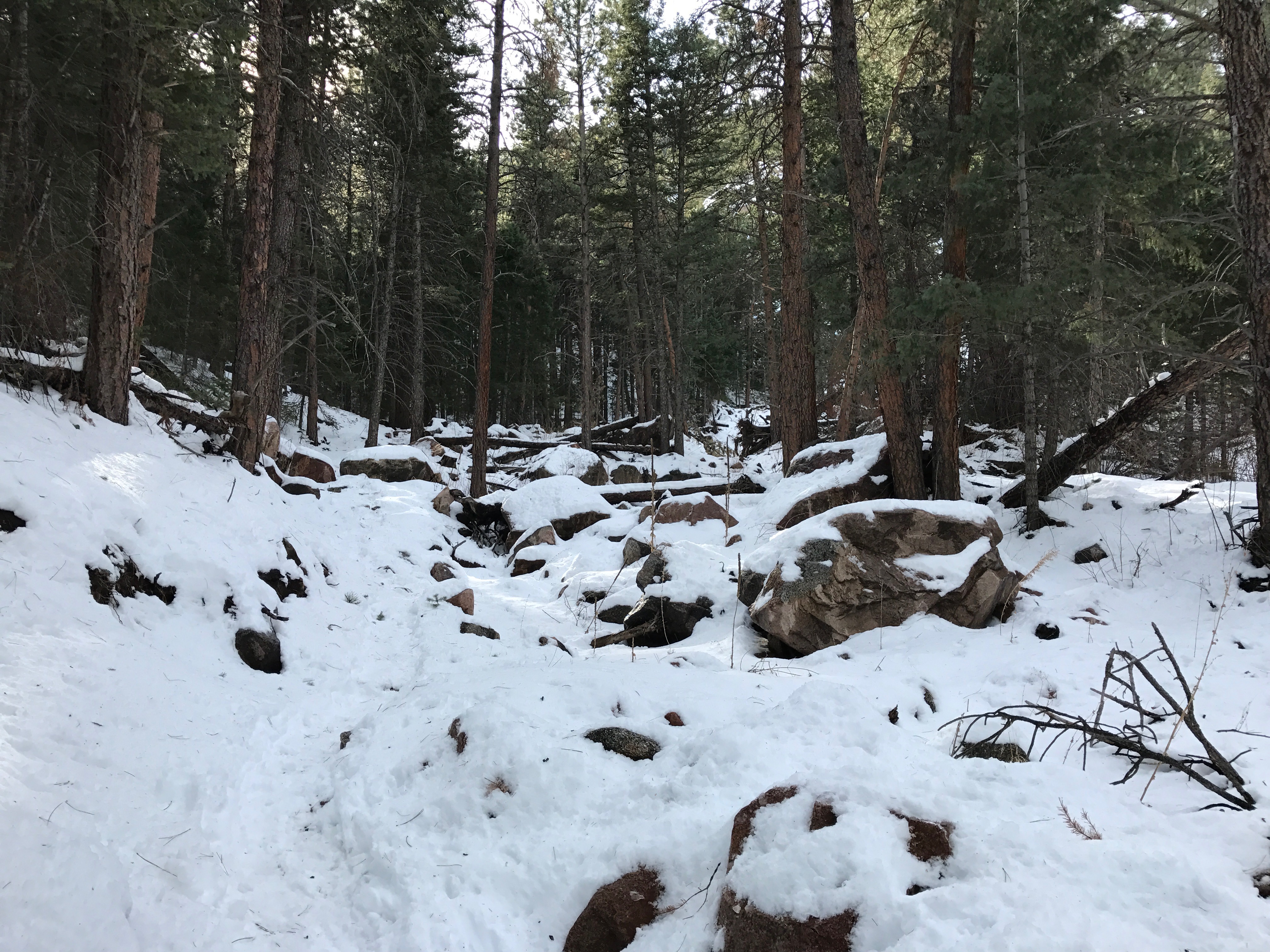 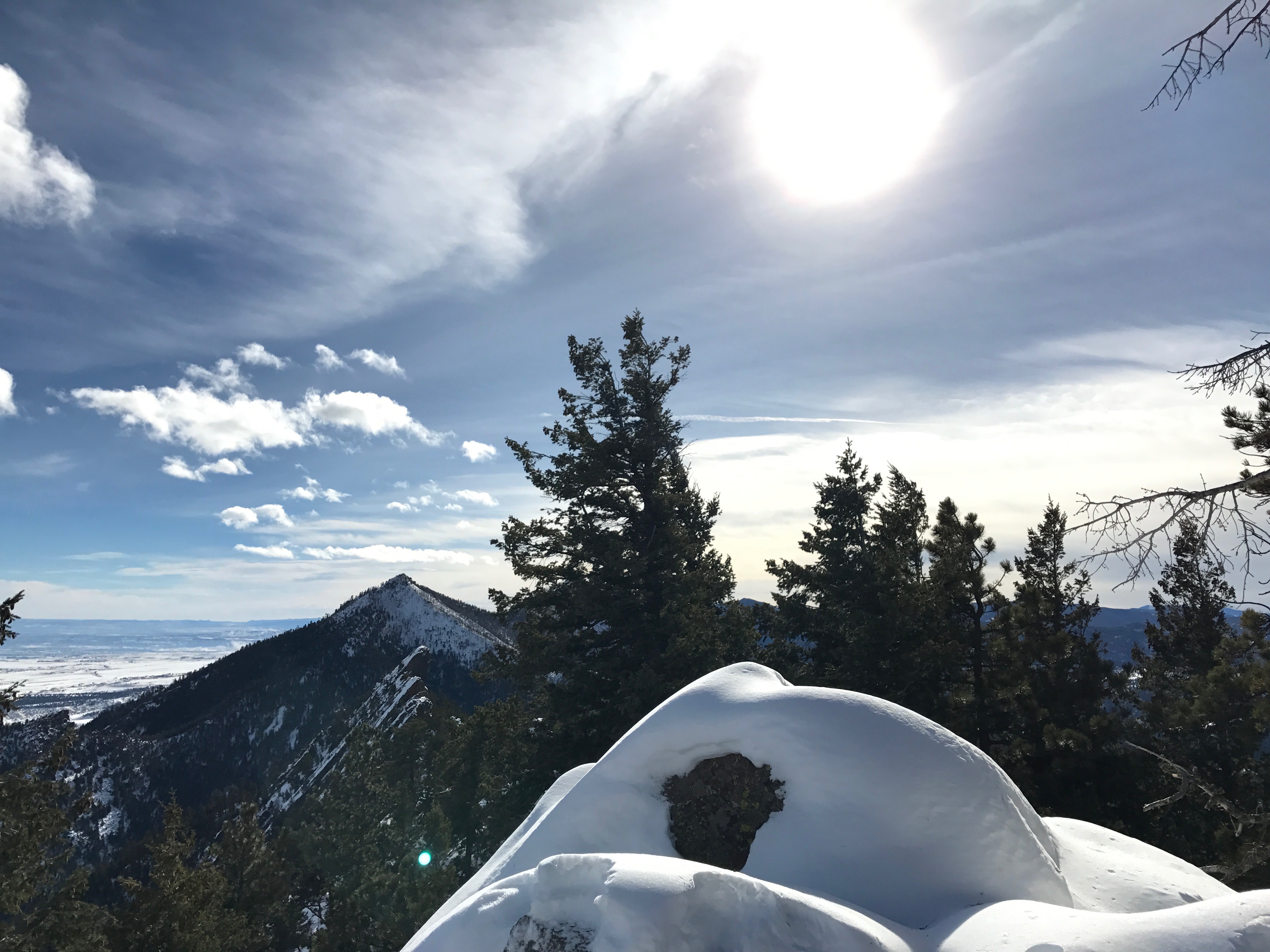 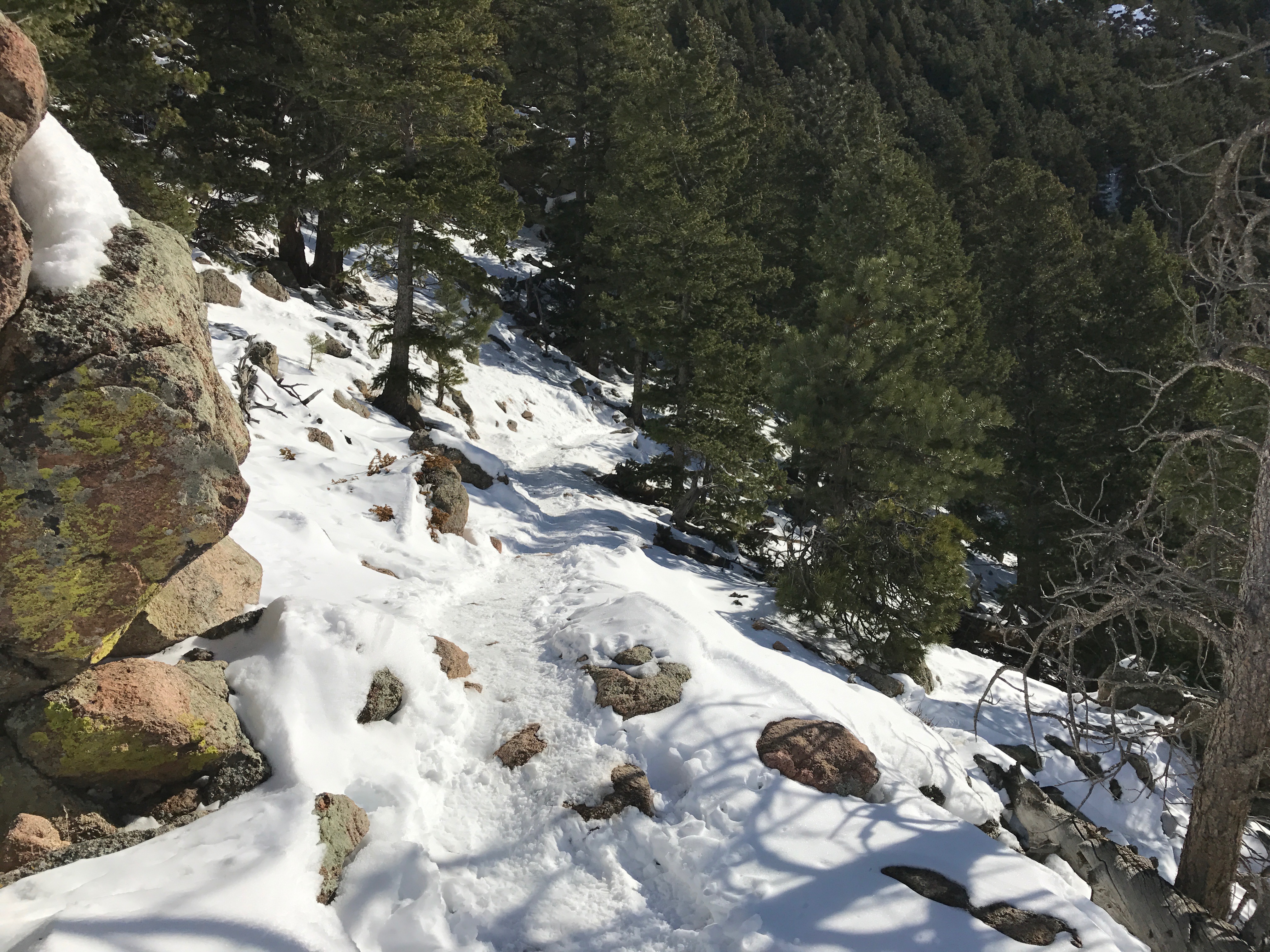 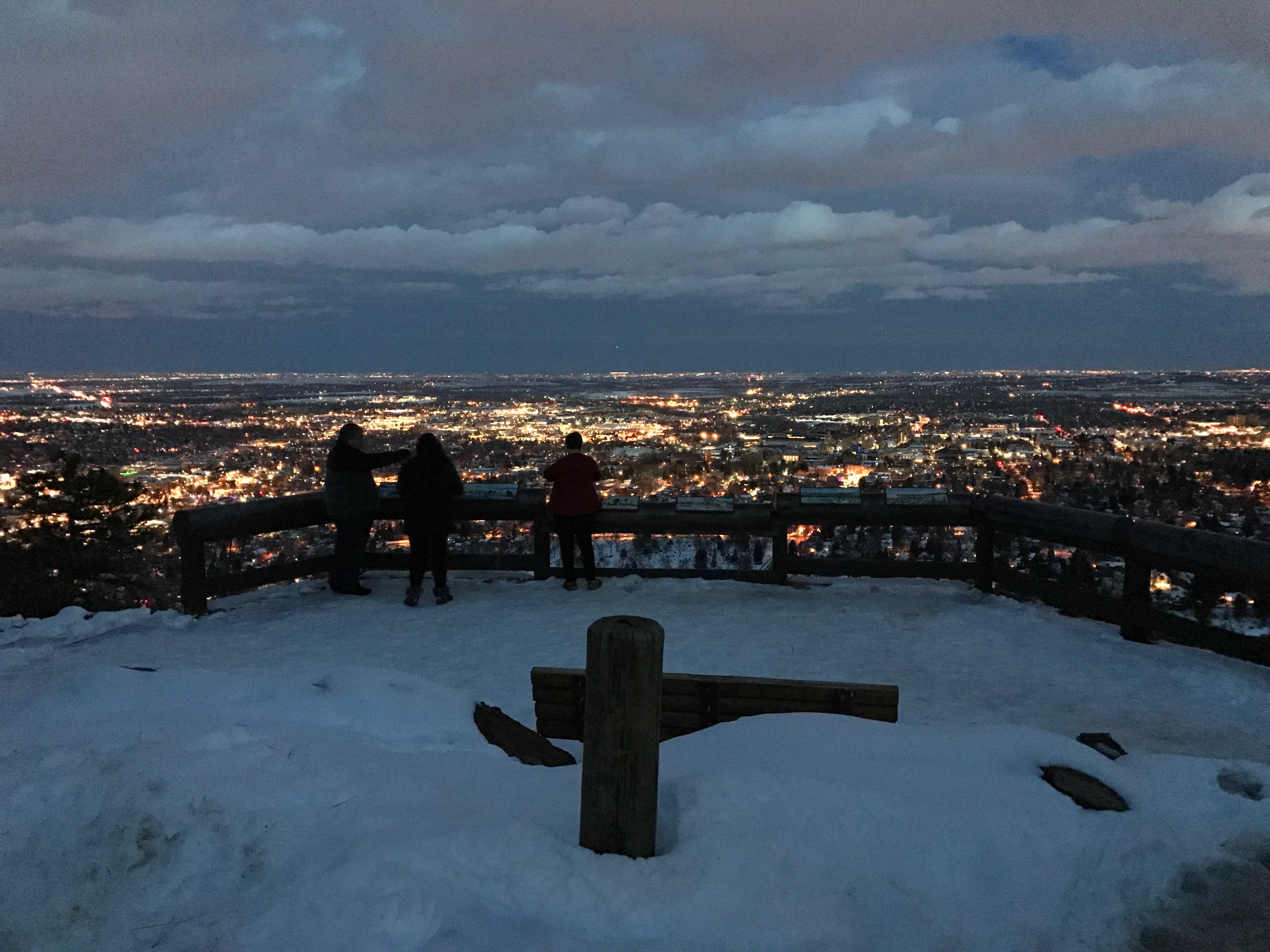 Posted by: davidkircos in life, startups 6 years ago

Choice fatigue is a phrase I've been using lately to describe the situation when a decision has to be made between many good options. In this case, it is difficult to make a decision. Not because a good choice is hard to find, but rather because the worry of not making the absolute best choice holds back any decision. When the difference in the quality of the options is marginal, the time lost trying to make the best decision can outweigh the marginal improvement gained by the best option.

Choice fatigue can also play a role in product design. For example, Amazon helps their customers avoid choice fatigue by naming only 1 item in each category the best selling item. So when users search for a product like "reading lamp" they aren't given 100s of results with only a marginal difference in quality and no easy way to distinguish between them. Instead, they are given assistance picking "the best" option by labeling it as the #1 best-selling product in that category. This prevents users from becoming too fatigued by the options and therefore unable to decide.

Posted by: davidkircos in life, personal tracking 6 years ago

2016 was the first year that I had and actually really tried to stick to any new years resolutions. I made 5 and was able to stick to 4 of them, the last uncompleted one was more of a goal and may yet be completed. I never wrote those with the intention of sharing them, but this year I am going to.

I believe an important part of picking resolutions is making sure they are defined in such a way where you can absolutely say whether they were completed or not. For example instead of something like "exercise more" I would write "run more than 500 miles tracked on Strava". Very easy to determine the success condition. So here it is, my 5 resolutions for 2017!

1. Write and publish something every day.

This one is going to be the hardest. Because of that, I am going to leave it the least specifically defined. This does not mean I am going to write a full blog post every day, even tweet-length posts count. As part of this, I'm going to stop automatically posting to Facebook and Twitter. I'll only share certain posts there.

I love reading, I have never been intentional about making it a habit. Now I am going to try. If you're wondering why 36, that is about one book every 10 days. My very rough book theme this year is "Important things we rarely think about." Which includes things along the lines of farming, history, infrastructure, how other countries governments' work, microscopic fabrication, religion, etc.

3. Music purge. Listen to (and play) all new music.

Success condition: Have my Spotify library filled with new music on Jan 1, 2018.

For the last couple years, I feel like I have been stuck in a music rut. I've been listening to mainly the same stuff over and over again, not making any effort to listen to new music. This year I'm going to try to listen to only music that I have not heard before. I've gone through Spotify and removed all my saved songs. I am relying mainly on Spotify radio and playlists to discover new content. By the end of the year, I hope to have a whole new library of music I enjoy listening to. I've been in a similar rut with music that I play on the piano. Part of this resolution is learning to play new stuff too.

As I said after running the Detroit half-marathon, I intended to run the Athens Marathon this November. Furthest I've ever run is a half marathon, so this is the next logical step :)

Success condition: (breaking my own rule) this one will be mostly judged by gut.

Give 10% of my time and money to organizations which I believe will contribute to one of the 6 things measured in this graphic. If at the end of the year I feel I have slacked giving 10% of my time, I'll make up percentage points by giving more money proportionally.

Here's to a great new year!

Posted by: davidkircos in life, optimism, world 6 years ago

Posted by: davidkircos in life 6 years, 1 month ago

Last night I attended a Jeffersonian style dinner hosted by a couple of friends Nick Karas and Matt Conforti who both work at Flux here in Boulder. The idea of a Jeffersonian dinner is that the dinner conversation has a preset topic that everyone should come prepared to talk about. The topic for last night's dinner was "Who has been the most effective teacher/mentor in your life? Why did they leave a lasting impact?"

There was a wide range of answers. From, basically not having any specific mentors rather considering a friend group as the closest thing. To having very deliberate mentors where the relationship of mentor to mentee was verbally discussed. Also, through the course of the evening, we were able to hone in on a more specific definition of what a mentor is.

We discussed the distinction between a mentor, role model, and a teacher. A teacher is the easiest to define, someone you learn from either with direct contact or not. A role model is someone you look up to and want to become similar to in some or many ways. Finally, a mentor can be both a teacher and a role model. The difference is basically the element of friendship and a good mentor takes some ownership / responsibility in the growth of the mentee. A word that kept coming up around mentors was human. Many people in the group described that their mentors first saw them as a human. Meaning they were much more tolerant of mistakes and treated them with kindness.

Over the past few years since graduating college, I have been very lucky to have had many great mentors. Including Ted Serbinski who taught me the value of giving time to others, a value embodied by Techstars slogan: Give First. And Jason Mendelson whom I picked up the importance of being as kind as possible regardless of who that person is and how busy my own life might be. Those mentors, among many others, have been highly influential in my life over the past few years. However, I would be completely wrong if I had picked any of them as my most influential mentor overall. My answer to that question is indisputably my father. While I was growing up my father was always an entrepreneur. In the late 90s, he started a tech company. And after that, he has run a commercial bakery and been very involved in charitable work. He has always advocated working hard, building things, and that no problem was too difficult or impossible to solve. In addition to being a great teacher and role model, my dad has certainly been the mentor that has left the biggest lasting impact in my life. Thanks, dad!

Finally, thank you again Nick and Matt for hosting all of us for dinner. Hope to do it again!